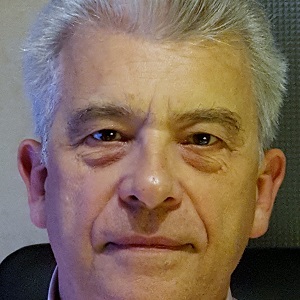 Between 2013 and 2016 the HAS (French Health Authority) validated successively the ablation of the great saphenous vein (GSV) by radio frequency (RFA), the possibility of using some sclerosing agent in the form of foam, and the ablation of the GSV and SSV by endovenous Laser (EVLA).
But in the end it declares itself unable to rank these techniques.
Between 2014 and 2019 the French National Health Insurance Fund (CNAM) validated the reimbursement of thermal ablation (TA) and also of 3 new procedures for Ultrasound Guided Foam Sclerotherapy (USGFS) of GSV, SSV, and complex recurrent varicose veins.
But, the CNAM fears a slippage in health expenses and has asked the National Professional Council of Vascular Medicine for guidelines. The French Society of Phlebology (SFP) and the French Society of Vascular Medicine (SFMV) are requested to do the job. In the meantime the Ministry of Health has insisted on the relevance of care, so the concept of “Choosing Wisely” (CW) seemed more in line with this policy.
The CWs provide both the physician and the patient with key elements to make an appropriate decision that is accepted by the patient.
So 2 writers C. Hamel-Desnos and G. Miserey and 29 reviewers (all Vascular Doctors) have been designated to develop these CWs for chemical or thermal occlusion treatments under the aegis of the National (French) Professional Council of Vascular Medicine (CNPMV), among these 10 CWs that we will present here, most are obvious and some are typically adapted to the French context.
Conclusion: These 10 “relevant choices” represent a consensus of French experts, based on international literature and were developed under the aegis of the National (French) Professional Council of Vascular Medicine; they have been accepted by the CNAM and have been under evaluation in our daily practice for a few months. These are not recommendations but the SFP, the SFMV and the SNMV (Union) are doing their utmost to get the message across to French vascular medicine specialists.

Objective: To describe the guidelines of the French technique of chemical ablation of the great saphenous vein (GSV).
Method: a brief history will identify the reality of the concept of French method, and then will be reminded of the technique, the results through some French studies and the side effects that are actually not specific. We conclude with limitations and medium-term prospects.
Results: whether in the development of sclerotherapy, in particular by contribution from school Raymond Tournay, for the introduction of ultrasound guidance, the use of sclerosing foam, making the extemporaneous foam , the validation of the effectiveness of ultrasound guided foam sclerotherapy by randomized controlled trials and evaluation and understanding of complications in studies dedicated , French phlebologists played a essential role which led to the concept of French method which got through the recent European guidelines ( recommendation 19) the status of recommended method (grade 1C) in the chemical ablation of the GSV .
Discussion : limits , besides the contraindications, are mainly located at the caliber of the vein to be treated . In France this limit will remain blurred as we will only have one foaming sclerosing agent and the thermal ablation techniques will still not be refunded. It is not unreasonable in this situation to put this limit high enough, around 8 to 10 mm. Refund of the thermal ablation should reduce this limit below 6 mm , pending the emergence and validation of new techniques.
Conclusion : The concept of French technique of chemical ablation of the GSV (such as the small saphenous vein elsewhere) , result of the works of the French school of Phlebology within the SFP is a fact reinforced by the European recommendations, and certainly still have nice future ahead of it .