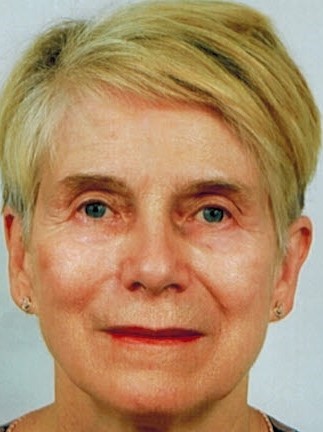 After a long winter, last years have seen a lot of new knowledges about atopic dermatitis (AD). Physiopathology better known: The abnormality of Filagrine (FLG) is the most important in the barrier dysfunction (BD) and is genetic. Actually, only 50% of the patients with AD have this abnormality. Environmental factors are also responsible of the BD that allows allergens penetration, and xerosis. The keratinocytes secrete TLSP, favourise TH2 production, and pruritus. TH2 are involved in the AD and secrete cytokines: IL4, IL13, and IL 31 the later responsible of pruritus. IL4 and IL13 boost B lymphocytes and IgE secretion against allergens or auto reactive. The JAK are also involved. The pathogenicity of staphylococcus aureus (SA) and dysbiosis is well established. Patients can have associated allergic contact dermatitis (ACD) but they are not more prone than the general population. So AD can be divided into different classes (with and without abnormality of FLG, with and without over production of IgE) and must be seen as a chronic disease. Clinical aspects more identified: Patients with FLG abnormalities have an earlier and a more severe AD. ACD has to be thought when the treatment is not efficient, the localisations are unusual, asymmetric, then patch tests have to be done. Treatments adapted to these new knowledges: As in all chronic disease, the therapeutic education makes the patient competent to treat his disease. Topical treatments are reinforced: emollients, that restore BD, have been proved to be efficient to prevent AD if they are used before it apparition, and to prevent some flares. Topical corticosteroids (CS) and calcineurin inhibitors can be used for the flares, and also for preventing them (pro active treatment). CS treat colonisation by SA. Antiseptics are not useful. Oral antibiotics are useful only if the infection is clinically evident. As biotherapies appear, ancient systemic treatments have been re-evaluated: Cyclosporine is the first line, oral CS may be used for short term rescue therapy, and methotrexate has been found to be efficient but it is off label. UV therapy are difficult. Dipilimumab is the first injectable biotherapy; it is an anti IL4 IL13 one. it does not work for ACD. It is the first one, but a lot of new molecule are arriving either injectable or oral, even topical ones.

Specialist in dermatology and awarded a diploma in study of allergies
In charge of teaching at the university of Besançon
Responsible for the Functional Unit of Study of allergies of the Hospital St Jacques, Besançon
Doctorate in medicine in1978: thesis of medicine : ”Allergy in the nickel and the atopy„

Member of the Group of Studies and Research in Dermato-Allergologie ( GERDA)
Founder of the Network of Vigilance in Dermato-Allergologie (REVIDAL GERDA)
President of the Workgroup in the AFSSAPS, in charge of the cosmétovigilance ( 2000-2006 )
President of the GERDA, on 2008-2011.
Award Robert Degos 1998 for ” Late reading of patch tests „, European Journal of Dermatology ; Award of the City of Paris by the National Academy of Medicine of Paris the City of Paris, on 2003 for « allergie et cosmétiques »Paris expansion scientifique 2003